Full Name
SAUTI SOL
Job Title
Award winning band
Company
Sauti Sol Entertainment
Speaker Bio
Sauti sol is a prolific African band comprising four incredibly talented men who have honed their craft to become one of Africa’s most distinguished bands. The group’s lead vocalist is Bien-Aimé Alusa who is also a songwriter and guitarist. As a talented wordsmith and a graduate of journalism, his writing has been featured on multiple artists’ projects and taken him around the world. The ‘life of the party’ is Willis Chimano, a stylish, creative soul and also a graduate of journalism. He is the group’s baritone, a talented saxophonist and keytarist. ‘Fancy fingers’ Polycarp Otieno is the group’s guitarist and an experienced producer for the group and other artists in East Africa. The fourth member of the group is Savara Mudigi, a versatile artist. He plays multiple instruments and is also a talented producer who brought to life Sauti Sol’s third studio album ‘Live and Die in Afrika’, the song featured in Uniting Business LIVE 2021.

With over a decade in the industry, their music has resonated with fans around the world and positioned them as trendsetters in music, fashion, health & wellness and social media impact. The group puts on phenomenal live performances and produces albums and tracks merging Afrobeats, acoustic sounds with traditional Kenyan influences, heartfelt lyricism and energetic rhythms to produce music that transcends generations and borders. Their discography includes the album ‘African Sauce’ described by the group as ‘an arts and cultural exchange’ collaborative project with the most popular artists on the continent in 2018-2019 featuring guest appearances from Tiwa Savage, Burna Boy, Yemi Alade, among other celebrated African musicians. ‘Midnight Train’, their latest studio album released in 2020 is in partnership with Universal Music Africa.

With 60 million plus streams on the most popular music streaming apps and 30 million plus views on YouTube, their influence and reach has bolstered the impact of their partnerships with reputable brands in Africa and beyond. The multi award winners have received acclaim for Best African Act from MTV EMA, Best Group MTV MAMA, Best African Group AFRIMMA and the BET
Nomination for Best International Act 2015. 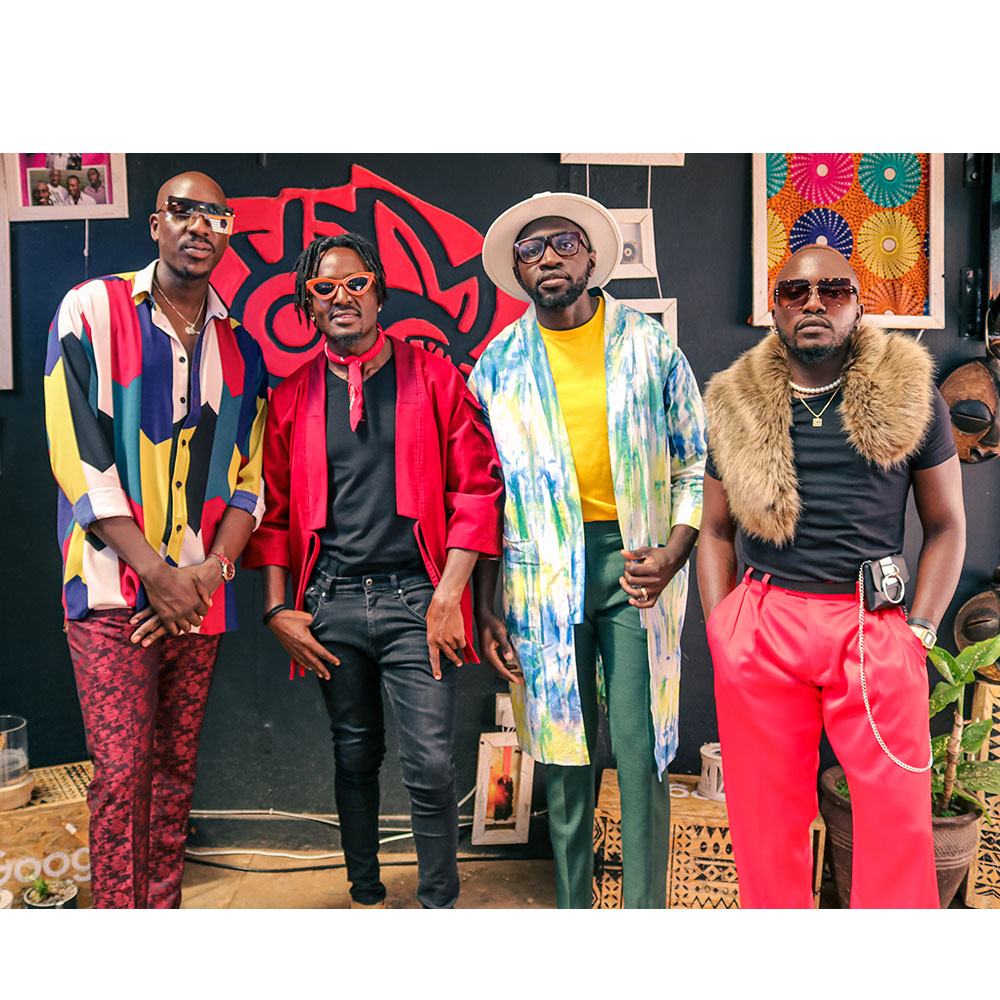